In the previous post, I explained how the incubator was created and what features it consisted of. Read here if you are interested: 21st Century Incubator - Part 2 - How its made

The feature which I found particularly handy and interesting was the use of metrics, monitoring and alerting. So i've dedicated a post here to explain further regarding this.

Getting stats out of the Incubator

I wanted to send stats like temperature and humidity out of the Incubator however the Arduino does not have any WiFi functionality. I made use of a Raspberry Pi which was unused since I bought it. The Pi was connected via USB to the Arduino.

This is how sending stats out of the Arduino works:

As mentioned before, Grafana was used with Prometheus as a data source as the monitoring solution for the incubator.

This ended up working really well and I was able to monitor the incubator from anywhere. The dashboard looks like this: 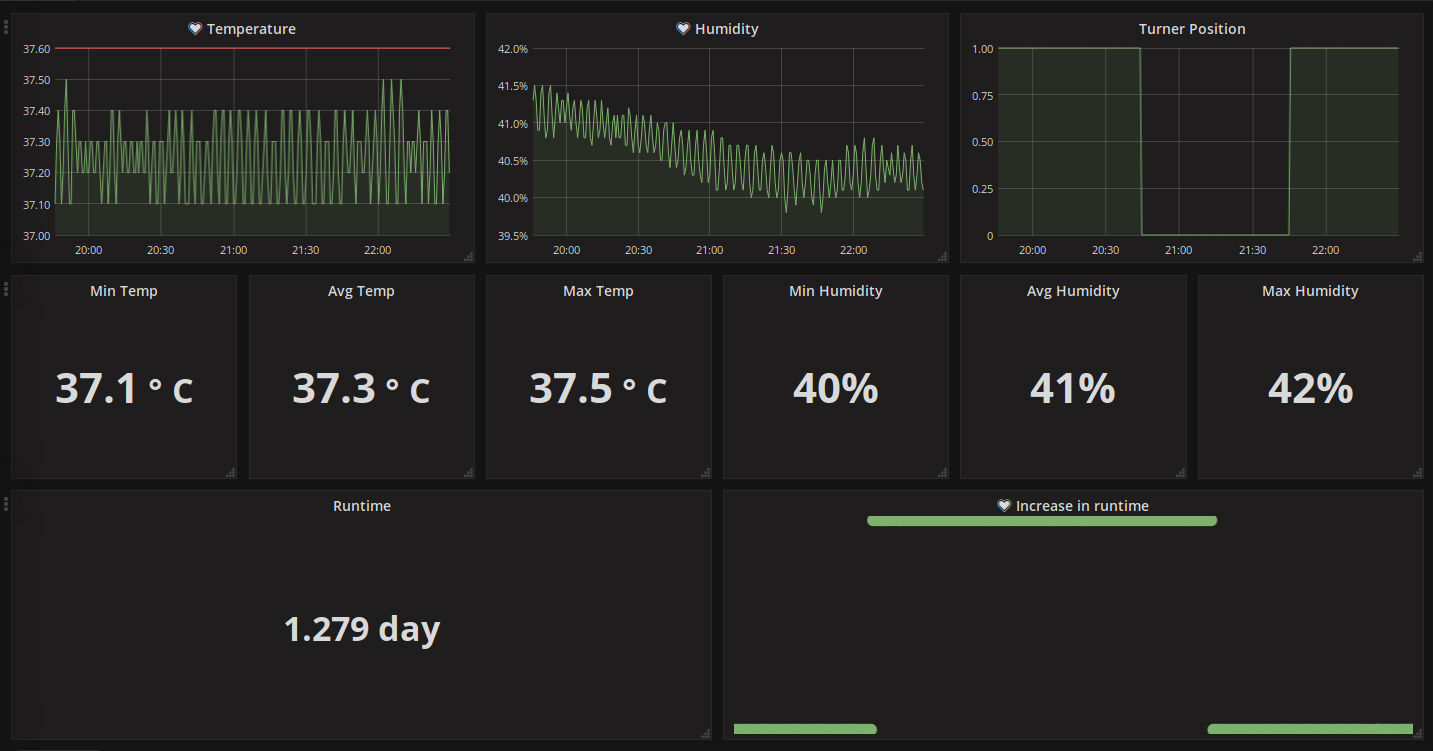 I have a life and so cannot sit glued to the dashboard 24/7 (Ok maybe I did) so even more useful than seeing this data on a graph is being told about it based on certain conditions. This is where Grafana's alerting feature delivers. Here are the alerts that were setup:

Grafana notifies you via the desired channel (in my case Slack) if the conditions you set have been hit and when the issue resolves. Here's an example: 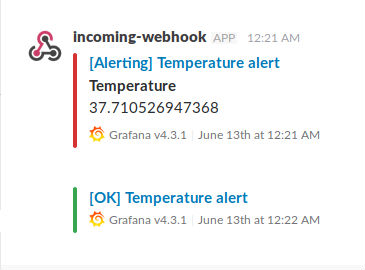 So you are probably wondering what went wrong and how the alerts helped. One thing I'm quite proud of is that no time in 17 days that the incubator was running did it mis function. However several incidents did happen:

Incident #1 - Incubator is not running alert

A few days after the incubation began, I woke up at 4 AM to an alert saying that the incubator was not running. I ran into the room expecting a fire (you know my electronics) but all I saw was a perfectly functioning incubator... What the hell?

Problem: It turns out that all the architecture around sending metrics through to the graphs is less robust than the incubator is. The application that collects the data had ran out of memory on the server and exited.

Solution: Run the applications in a way that would auto restart in case of any failures.

Problem: Every few hours I would receive an alert for the temperature going above or below the thresholds momentarily. Mini heart attacks ensued until I started to ignore it.

Solution: Modifying the alert to trigger based on an average of the last few minutes instead of the latest reading.

Humidity gradually increases however I suddenly saw a 20% jump in humidity in a very short time period. This was very strange until I realised that an egg had hatched and created a spike in humdiity

Funnily, I started to watch for this pattern on the graphs and was able to catch the last egg hatching. Another win for our graphs!